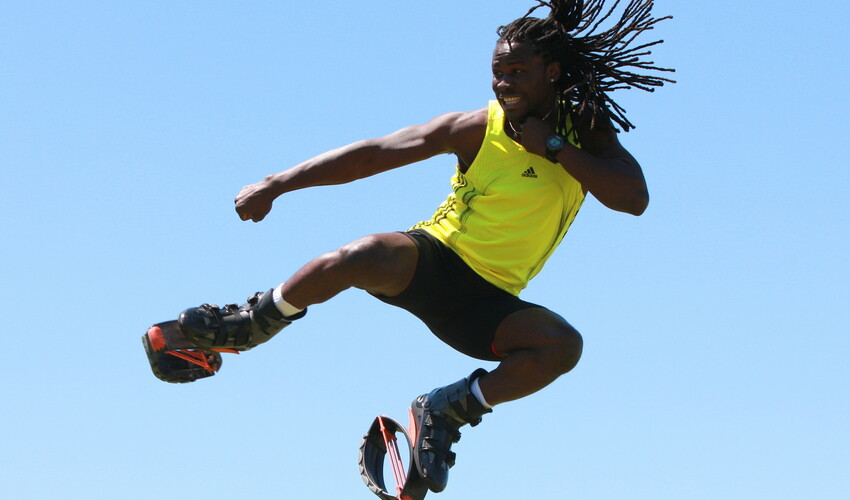 Or Email Us at

Olympian and former World Boxing Champion Moses "Eagle " James is the founder and president of Eagle Extreme Fitness.  He began his fitness career as a small boy in his Native Nigeria over 25 years ago. Moses switched from soccer to boxing at the age of eleven and soon was selected by Nigerian Boxing Officials to join the National Boxing Team of Nigeria. Moses officially launched his boxing career in 1985 when he began traveling all over the world to represent Nigeria as the Captain of his team in many major international competitions including Barcelona, Spain to participate in the 1992 Olympic Games. Moses moved to Canada and began his professional boxing career eventually becoming the Canadian Super-Light-Weight Champion, UBF World Champion and WBF Intercontinental Champion. Boasting an 18-2-1 professional record, Moses retired from his professional boxing career in 2000 and has since become a personal fitness trainer. Today, Moses "Eagle" James remains in tip-top physical condition and makes a living whipping others into the physical shape of their lives. Moses is Certified through IFA, ISCA, Silver Sneakers and Canadian National Boxing Association.